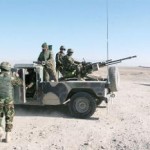 Afghanistan will raise a 7,000-member security force to guard the Turkmenistan Afghanistan Pakistan India (TAPI) gas pipeline project. Afghan Mines and Petroleum Minister Daud Shah Saba told the country’s Upper House of Parliament that the force will provide security during the implementation of the project and demining the route of the pipeline. Construction of the $10 billion TAPI pipeline began earlier this December some 25 years after the inception of the project. The pipeline is to be completed by December 2019.

Overall, the pipeline will stretch 1,800 kilometres and is likely to cost more than $10 billion. The TAPI project could help ease growing energy deficits in Asian giants Pakistan and India. Read More