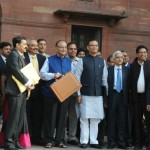 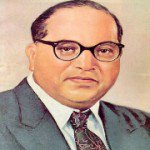 Maharashtra government has bought the house in London where social reformer and architect of the Indian Constitution Dr Bhimrao Ramji Ambedkar had stayed in the 1920s. State government has acquired this house in 3.1 million pound deal owing to its cultural and national importance and pride of millions of people of India. The property is three-storey house located on 10, King Henry Road, NW3 of London. B R Ambedkar had stayed in this house during his days as a student at the London School of Economics in 1920-21. State government now will convert this property into a international memorial-cum-museum and will be open to public. Read More 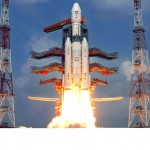 Indian Space Research Organization (ISRO) has successfully placed communication satellite GSAT-6 into its intended geosynchronous transfer orbit. It was launched by the indigenously built Geosynchronous Satellite Launch Vehicle (GSLV)-D6 from the Satish Dhawan Space Centre, Sriharikotta. About GSAT-6 satellite GSAT-6 satellite was carrying S-Band transponders meant for strategic purposes. The satellite is having S-Band Unfurlable Antenna of 6 m diameter. This is the largest antenna ever made by ISRO for a satellite. Read More

i. Bharti Airtel on Wednesday said it has agreed to acquire Augere Wireless Broadband India (Augere) in a deal that will allow it to take its 4G operations to nine circles.
ii. Augere holds 20 MHz of broadband wireless access (BWA) spectrum in the telecom circles of Madhya Pradesh and Chhattisgarh.
iii. The company did not disclose the deal size but sources said it could be in the range of Rs. 130-150 crore. Augere had won the spectrum in 2010 for Rs. 122 crore. The acquisition would enhance the company’s strength in 4G, which it had launched recently.
iv. The government had sold 4G spectrum in the 2300 MHz band which at that time looked lucrative due to a lower reserve price compared to the 3G spectrum. Read More

Former Adobe executive Rajiv Mangla has been appointed as Chief Technology Officer (CTO) of eCommerce major Snapdeal. In his new role, Mangla will help to establish Snapdeal’s technical vision and lead all aspects of its technological development of the company. Prior to this appointment he was serving as VP Engineering, Digital Marketing at Adobe Systems and has spent about 10 years in this company. Prior to joining Adobe, Mangla had been an entrepreneur for 10 years and founded a couple of companies. About Snapdeal Snapdeal was started in February 2010 and was founded by Kunal Bahl and Rohit Bansal, both alumnus of IIT Delhi. Read More

World No. 1 tennis player Novak Djokovic from Serbia has been appointed as a new goodwill ambassador of the United Nations Children’s Fund (UNICEF). Prior to this appointment he has focused on the issues of vulnerable children and their communities through his own Novak Djokovic Foundation and as a UNICEF Serbia Ambassador. Tennis Career: Novak Djokovic is considered to be one of the greatest tennis players of all time. Till date, he has won a total of 54 career titles, including 12 men’s single Grand Slam titles. He also had won bronze medal at the 2008 Summer Olympics held in Beijing, China. Read Nore

India has inked an information exchange agreement on tax matters with Seychelles in order to curb tax evasion and boost its efforts to fight against black money. The agreement was signed after talks between Prime Minister Narendra Modi and his counterpart Seychelles President James Alix Michel who is on three days visit to India. This pact will help India to curb tax evasion and also pave way for mutual assistance between the authorities of both nations to take action against suspected tax evaders along with other related matters. It should be noted that, this Indian Ocean island nation for long time was perceived as one of the preferred offshore havens for routing of funds though the foreign direct investments (FDIs) were being small at just about 1,100 crore rupees over the last 15 years. Read More

i. Two-time Asian Championships gold medallist Vikas Gowda expectedly reached the discus throw final with a best attempt of 63.86 metres in the qualifiers at the World Athletics Championships on Thursday.
ii. Taking part in Group A of the qualifiers, Gowda threw 63.84m in his second attempt, 0.02m short of the first, while his third opportunity was disqualified.
iii. Seven discus throwers qualified for the final from Group A while five from Group B out of a total of 31 participants.
iv. Gowda’s personal best throw of 66.28m is also the Indian national record which he achieved in 2012 at Norman, United States. Read More