1. Union Government identifies 305 cities for implementing ‘Housing for All’ scheme 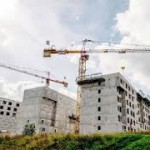 Union Government has identified 305 cities and towns across 9 states for implementation of its flagship ‘Housing for All’ scheme. 305 cities were identified by Union Ministry of Housing and Urban Poverty Alleviation (HUPA) for beginning of construction of houses for the urban poor under the scheme. In this regard, HUPA Ministry will provide assistance of over 2 lakh crore rupees over the next six years for construction of houses to enable two crore urban poor own their own houses. Selected cities and towns are in these states: Chhattisgarh (36 cities and towns), Gujarat (30), Jammu and Kashmir (19), Jharkhand (15), Kerala (15), Madhya Pradesh (74), Odisha (42), Rajasthan (40) and Telangana (34). Read More

2. US extends anti-dumping duty on Indian preserved mushrooms for 5 years 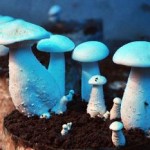 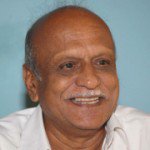 Senior Kannada writer Dr. Malleshappa Madivalappa Kalburgi passed away in Dharwad, Karnataka. He was 77. Dr. Kalburgi died after he was shot dead by unidentified persons in his residence in Dharwad. He was scholar of Vachana sahitya (Vachana literature), Kannada epigraphist and academician who had served as the Vice-Chancellor of Kannada University in Hampi. About Malleshappa Madivalappa Kalburgi M. M. Kalburgi was born 1938 in Yaragal (now in Karnataka) in then Bombay Presidency. Read More

India has strongly pitched for finalisation of the Comprehensive Convention on International Terrorism (CCIT) and UN Security Council (UNSC) reforms. On behalf of India, these issues were stressed by Union External Affairs Minister Sushma Swaraj during her meeting with the President-elect of the UN General Assembly (UNGA) Mogens Lykketoft who is on official two-day visit to India. India’s demand Urgent reforms in UNSC to reflect present day world realities in order to reflect current geopolitical realities and increasing role of developing nations. Early finalisation of the CCIT (a treaty proposed by India in 1996) in order to make it binding for countries to ban terrorists, deny funds and safe haven to them. Read More

Union Government has launched SAHAJ scheme for online release of new LPG connections for the consumers as parts of its consumer friendly initiative. It was launched by Union Petroleum and Natural Gas Minister Dharmendra Pradhan at a function held in New Delhi. Key facts Under the scheme, people can apply online for new LPG connection and they need not visit to the LPG distributors for it. SAHAJ facility will enable the customers to post online request for a new connection by filing Know Your Customer (KYC) form by uploading bank account details and photographs. Read More

State-owned financial services lender Indian Bank has launched IndPay mobile app service to enables its customers to operate bank accounts anytime from anywhere. It was formally unveiled by the Indian Bank MD and CEO M K Jain Key features of IndPay app Aims at helping bank’s customers to access their bank accounts from any corner of the country. It can be operated through smartphones compatible with Android, iOS and Windows mobile operating systems. Read More

Indian wrestler Anil has clinched gold medal in Cadet Wrestling World Championships in the 50 kg freestyle competitions. In the final match played at Sarajevo, Bosnia he defeated Erfan Aeini of Iran by 10-6 score. Earlier, Anil had defeated Tumentsogt Bold of Mongolia in the semi-final bout and Ertugrul Kahveci of Turkey in quarter-final bout. It was second medal for India in this championship. Earlier female grappler Ankus had won silver medal in the 38 kg women freestyle competitions. Read More

Indian women’s hockey team has qualified for 2016 Rio Olympics and now joining nine other teams. It was announced by International Hockey Federation (FIH) after Great Britain’s semifinal victory over Spain and Netherlands’ win over Germany in the other semifinal in the 2015 European Championships. These victories freed one quota for 2016 Rio Olympics as both the finalists already have qualified for the Olympic Games. This qualification for Indian women’s hockey team comes after long gap of 36 years as they had featured last time in 1980 Moscow Olympics and was placed at 4th position. Read More