1. US scientists grow replica of human brain in a laboratory 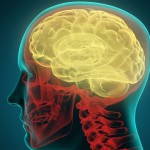 Scientists from United States (US) have successfully grown a replica of a human brain in a laboratory dish. This medical breakthrough research was undertaken team of researchers from Ohio State University led by Professor Rene Anand. Key facts The brain called ‘Organoid’ was created from reprogrammed skin cells. It is about the size of a pencil eraser. In order to build the replica human brain, the research team had transformed adult skin cells by altering their genes into induced pluripotent stem (IPS) cells. Read More 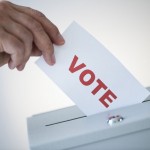 Gujarat High Court has stayed implementation of the compulsory voting in the panchayat and municipal polls under the provision of Gujarat Local Authorities Laws (Amendment) Act, 2009. Ruling in this regard was given by High Court Bench comprising Acting Chief Justice Jayant Patel and Justice J.B. Pardiwala on public interest litigation (PIL) challenging the constitutional validity of the Act. Background Gujarat had become the first state in India to make voting compulsory in local polls after Governor O.P. Kohli gave assent to Gujarat Local Authorities Laws (Amendment) Bill, 2009 in November 2014. Read More 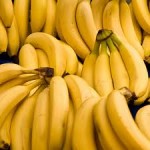 Chengalikodan banana variety from Thrissur district of Kerala has been accorded Geographical Indication (GI) status by the Chennai based Central GI registry. This banana variant is uniquely grown in Chowannur, Pazhayannur, Wadakkanchery, Puzhakkal and Ollukkara block panchayats in Thrissur district of Kerala. Chengalikodan banana is known for its unique shape, size, colour and taste. It was cultivated in erstwhile Chengazhikode from where it got its name as Chengazhikodan banana which was later changed as Chengalikodan banana. Other GI status products from Kerala Vazhakkulam pineapple, Central Travancore jaggery, Pokkali rice, Palakkadan matta rice, Wayanadan scented rice varieties Jeerakasala and Gandhakasala are other agricultural products from Kerala already having GI status. Read More

Ranil Wickremesinghe has sworn-in as the Prime Minister of Sri Lanka for fourth time. He was administered the oath of office by President Maithripala Sirisena at the oath taking ceremony held at Presidential Secretariat in Colombo. Immediately after oath taking ceremony, two main parties in the country Sri Lanka Freedom Party (SLFP) and the United National Party (UNP) inked a Memorandum of Understanding (MoU) to form national unity government and work together in the parliament. Ranil Wickremesighe has held the position of Prime Minister of the country on three earlier occasions i.e. in 1993-94, 2002-2004 and from January 2015 to August 2015. Read More

Greek Prime Minister Alexis Tsipras has announced his resignation in a televised address to the debt ridden nation which is centre of Eurozone crisis. He has submitted his resignation to President Prokopis Pavlopoulos and called for snap elections as early as possible. Mr. Tsipras resigned in order to defend the country’s massive new 86 billion euro bailout programme which had triggered a rebellion within his own left-wing Syriza party. He was elected as Prime Minister after his left-wing party had emerged victorious in general election held in January 2015. Read More

6. Union Government to sell 10 per cent stake in IOC

Union government has announced to sell 10 per cent stake in state owned Indian Oil Corporation (IOC). This disinvestment drive on the stock market through an offer for sale (OFS) will fetch Union Government about 9,500 crore rupees to the exchequer. The 10 per cent stake in IOC comprises 24.27 crore shares. Presently, Union government holds around 68.57 per cent shares in IOC which is the biggest oil refining and marketing company in the country. Stake sale of IOC will mark the fourth round of disinvestment drive of Union Government in year 2015. Other three rounds of disinvestment are being in carried in Power Finance Corporation (PFC), Rural Electrification Corporation (REC) and Dredging Corporation of India (DCI). Read More

The Securities and Exchange Board of India (SEBI) has barred 59 entities from trading in Bombay Stock Exchange due to alleged manipulation of the stock exchange route for evading taxes. As per the order of SEBI these 59 entities will not conduct any activity of trading, buying, selling or dealing in the securities markets, either directly or indirectly. The regulator took this strict action in wake of market manipulator’s action of evading taxes or converting black money into ‘white’ through the route of stock exchange. SEBI has also referred to income tax department, enforcement directorate and financial intelligence unit for investigating a probable money laundering scheme. Read more