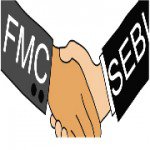 Union Government has notified the merger of commodities market regulator Forward Markets Commission (FMC) with Securities Exchange Board of India (SEBI) with an effect from 28 September 2015. In this regard, Union Finance Ministry has issued a notification mentioning that Regulation of Commodity Derivatives Market will shift to SEBI under Securities Contracts Regulation Act (SCRA) 1956. Forward Contracts Regulation Act (FCRA), 1952 gets repealed so does the FMC cease to exist. With this merger, all three national and six regional commodity exchanges will come under the ambit of national capital market regulator SEBI. Read More 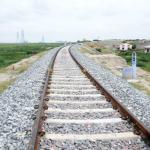 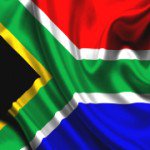 South African city of Durban has been selected as the host for the 22nd edition of Commonwealth Games to be held in 2022. For the first time in the history of Commonwealth Games, African nation has been chosen as host of the Games. The city was chosen by the Federation’s general assembly in New Zealand as it was the only bidder for the multi-sports event. It was lone bidder after Canadian city Edmonton withdrew from contention race in February 2015 over the economic slowdown in Canada. 22nd Commonwealth Games would be held from 18 to 30 July 2022. The opening ceremony will be held on the birth date of the late South African President and Anti-apartheid leader Nelson Mandela. Read More

The Union Cabinet has approved reimbursement of 113 crore rupees for incurring losses on pulses imported by four government agencies between 2006- 2011 period. These four government agencies are National Agricultural Cooperative Marketing Federation of India (NAFED), Metals and Minerals Trading Corporation of India (MMTC), State Trading Corporation of India (STC) and PEC. This decision will enable these 4 PSUs to be financially sound in order to intensify trading activities to cool down prices of essential commodities. This decision was taken at Union Cabinet meeting chaired by Prime Minister Narendra Modi proposal of Union Ministry of Food and Consumer Affairs. Read More

5. Canada’s economy falls into a recession

Canada’s economy has fallen into a recession for first time after global financial crisis of 2009. Statistics Canada, nodal national statistical agency of Canada has reported that its economy i.e. Gross Domestic Product (GDP) has retreated at an annual pace of 0.5 per cent from April through June 2015. In earlier quarter first three months of the year 2015, the economic slowdown had appeared which had felled to 0.8 per cent. Technically, two consecutive negative quarters leads to recession. In recent situation, Canada was dragged into the economic to slow down due to external pressure of falling oil prices and economic troubles in China. In an effort to revive the economy, Bank of Canada had cut interest rates twice in year 2015. Read More