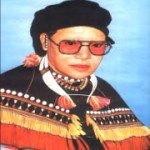 Prime Minister Narendra Modi on 24 August 2015 inaugurated birth centenary celebrations of freedom fighter Rani Gaidinliu. On this occasion he launched commemorative coin of 100 rupees and circulation coin of 5 rupees of Rani Gaidinliu to mark her birth centenary celebrations. About Rani Gaidinliu Rani Gaidinliu was a Naga political and spiritual leader who had led a revolt against British colonial rule in India. Her political struggle in present North east India was based on Gandhian principles of Satyagraha, non-violence, self-reliance. She also had played an important role in India’s wider freedom movement by spreading the message of Gandhi ji in Manipur region. Read More 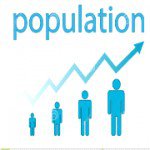 As per recently released 2011 census data on religion, the proportion Muslim population in India has increased by 0.8 per cent and Hindu population has declined by 0.7 per cent. This religion based data during 2001-2011 was released by the Registrar General and Census Commissioner. Key facts Population Composition: The total population of India was 121.09 crore population of which 96.63 crores are Hindus, 17.22 crores are Muslims, 2.78 crore are Christians. Sikhs constitutes 2.08 crore, Buddhist 84 lakh, Jains 45 lakh and other religions and persuasions 79 lakh. Read More

3. India, Australia ink MoU on Cooperation in the Fields of Education, Training and Research 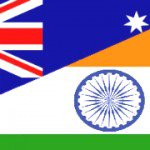 India and Australia have signed a Memorandum of Understanding (MoU) on cooperation in the fields of education, research and training. The MoU was signed by Union Minister of Human Resource Development (HRD) Smriti Irani and her counterpart Christopher Pyne MP, Minister for Education and Training of Australia. It was signed after the 3rd meeting of the Australia-India Education Council (AIEC) which was held in New Delhi. The MoU seeks to intensify existing partnerships between both countries in higher education & research, including professional and technical education, vocational education, schools and training. It also seeks to open up new and innovative areas of cooperation. Read More

Union Government has launched a telemedicine initiative dubbed as Sehat to provide healthcare facilities in rural areas in collaboration with Apollo Hospitals. This telemedicine initiative was launched by Union Communication and IT Minister Ravi Shankar Prasad at a function held in New Delhi. Key facts It will seek to provide quality and affordable healthcare services as it is one of the emerging needs of citizens in rural areas. Under the Sehat initiative people will be able to consult doctors through video link i.e. Vice over Internet Protocol (VoIP) and also order generic drugs. Read More