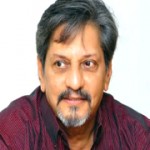 Veteran actor and director Amol Palekar has been appointed as the Chairman of India’s Oscar jury by Mumbai based Film Federation of India (FFI). He will head the 17-member jury panel which will select the Indian films official entry in the best foreign film category of the 88th Academy Awards which will be held in Los Angeles in February 2015. About Amol Palekar Palekar is best known for portraying the middle-class Indian in a string of films such as Rajnigandha, Gol Maal, Chitchor, Ek Chhoti Si Baat and Gharaunda in the 1970s. After 1986, he had stopped his acting career in in order to concentrate on filmmaking. Read More 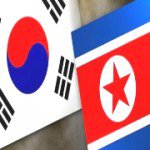 South and North Korea have reached an agreement to defuse a crisis that had pushed the two rivals to the brink of armed conflict recently. In this regard both nations have issued a joint statement which includes series of measures. Key facts North Korea has expressed regret and publicly apologised over mine blasts which had occurred earlier in August 2015 in demilitarized zone between both countries. The mine had seriously injured two South Korean soldiers on border patrol. In retaliation for the mine blasts, South Korea had resumed loudspeaker propaganda broadcasts into North Korea. Read More

3. UNFCCC, MSSRF to work for conservation of coastal resources in Andhra Pradesh 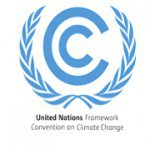 UN Framework Convention on Climate Change (UNFCCC) and the Chennai based M.S. Swaminathan Research Foundation (MSSRF) have agreed to work together for the conservation and adaptation initiative of coastal resources in Andhra Pradesh. In this regard, UNFCCC has sanctioned 3.8 crore rupees through an adaptation fund for the implementation of potential adaptation strategy of MSSRF in Krishna district of Andhra Pradesh. Key facts The objective of the adaptation initiative is to overcome the consequences of sea level rise and seawater inundation following cyclones. UNFCCC will release this adaptation fund through the state owned National Bank for Agriculture and Rural Development (NABARD). Read More

Tata Trusts has inked a Memorandum of Understanding (MoU) with the Andhra Pradesh Government to develop 264 villages. Under this initiative, all 264 villages in the Vijayawada constituency will be developed in order to transform them into smart villages. The project has been jointly undertaken by local Lok Sabha MP Kesineni Srinivas and the Tata Trust as part of Corporate Social Responsibility (CSR) of Tata Group. It should be noted that this is the first of its kind of project undertaken by Tata Trust in the country to develop all villages of a single Parliamentary constituency. Read More

A Syria-based woman journalist Zaina Erhaim has won the prestigious 2015 Peter Mackler Award for Courageous and Ethical Journalism. She was bestowed with this award for her efforts to train citizen reporters in her war-ravaged country. She has trained about 100 citizen reporters (third of them are women) from inside Syria over the last two years. She also has helped in establishing new, independent newspapers and magazines in the war-torn country. Presently, Erhaim lives and works in Aleppo, Syria and will be presented with this award at a ceremony to be held at the National Press Club in Washington in late October 2015. It should be noted that since 2011, the media rights group has listed Syria as the deadliest country for journalists. Read More