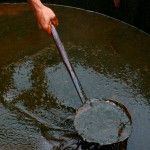 The Cabinet Committee on Economic Affairs (CCEA) has approved the proposal for payment of differential royalty in respect of 28 discovered fields to the respective State Governments concerned. These 28 discovered fields were awarded by the Union Government to different companies in states of Arunachal Pradesh, Assam and Gujarat during the years 1994-95, 2001 and 2004. The royalty payment will be through budgetary allocation from the year 2015-16 onwards instead of Oil Industry Development Board (OIDB) fund. Financial Implication: The estimated expenditure for the year 2015-16 based on this payment mechanism has been estimated at 56 crore rupees of which 30 crore rupees for Arunachal Pradesh and 26 crore rupees for Gujarat. This expenditure is calculated assuming average crude oil price of 50 US dollars per barrel and one US dollar being equivalent to 60 rupees. Read More 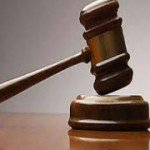 Union Cabinet has given its nod for amendments to the Arbitration and Conciliation Bill, 2015. These amendments seek to make of commercial disputes more user-friendly and cost effective which in turn will lead to expeditious disposal of cases. Key Provisions of Bill Mandatory for arbitrators to settle disputes within 12 months. This period can be extended by 6 months only by a court on sufficient cause. Cut the fees of arbitrators if the court finds that the delay has been caused due to arbitrators. Rewarding arbitrators with extra fees in case the matter is disposed of within 6 months and the parties agree to pay more. Read More

3. Cabinet gives nod to include Sipai, Patni, Jamat Kahar and Tanwar Singhariya in the OBC list 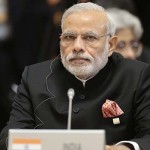 Union Cabinet gave its nod to amend the Central List of Other Backward Classes (OBCs) for Gujarat and Uttarakhand for inclusion of Sipai and Patni Jamat or Turk Jamat (all Muslims) from Gujarat and Kahar, Tanwar Singhariya from Uttarakhand in the list. Decision to make suitable amendments in the Central List of OBCs was taken Union Cabinet meeting chaired by Prime Ministeri Narendra Modi based on advice from the National Commission for Backward Classes (NCBC). This inclusion will enable the persons belonging to these communities/castes to avail the benefits of reservation in Government services as well as in Central Educational Institutions as per the existing reservation policy. It will also make them eligible to get benefited by various Union Government welfare schemes, scholarships etc, which are presently available to persons belonging to the OBCs mentioned in the list. Read More 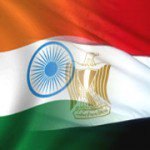