1. Nasa scientists have announced the discovery of Kepler 452b, also known as ‘Earth 2.0’, an earth-like planet in our galaxy.

Over the course of years of data-gathering by the Kepler space telescope and even more analysis and work here on Earth, scientists confirmed the existence of the distant exoplanet, which is the most earth-like planet ever discovered. Read More

Maharashtra Cabinet on 23 July 2015 approved Shyamaprasad Mukherjee Jan Van Vikas Scheme. The scheme proposed by Forest Minister Sudhir Mungantiwar in the state’s annual budget 2015-16 aims at creation of comprehensive development of villages in the buffer zones of tiger reserves and around them. Read More

T K Chand has been appointed as the new chairman-cum-managing director (CMD) of National Aluminium Company(Nalco). Chand who has been Director (Commercial) of Rashtriya Ispat Nigam Limited (RINL), will take up his new position on Monday, July 27, 2015.

Puducherry city has emerged as the first nomination to be received by the Urban Development Ministry for a Smart City Mission. In this regard, Government of Union Territory of Puducherry has nominated its capital city for inclusion in the Union Government’s flagship 100 Smart Cities Mission. Read More

Union Government has announced that 14 States and Union Territories (UTs) have achieved or exceeded the literacy rate of 80 percent. It was announced by Union Human Resource Development Minister Smriti Irani in a written reply to the Lok Sabha. Read More

National Broadcasting Day was observed on 23 July 2015 across the country. It is on this day in 1927, the Indian Broadcasting Company started radio broadcasting from Bombay station. Read More

8. Conakry named as World Book Capital for 2017 by UNESCO

Conakry, the capital of the Republic of Guinea, was on 21 July 2015 named as the World Book Capital for 2017 by United Nations Organization for Education, Science and Culture (UNESCO). The decision was made by an international committee of experts on 30 June 2015 during a meeting. Read More

Cabinet Committee on Economic Affairs (CCEA) has extended the deadline for implementation of Crime and Criminals Tracking network and Systems (CCTNS) project till March 2017. Read More

Cracking the whip on the three archers who missed the bronze medal play-off during the recently-concluded World University Games, the Association of Indian Universities has banned them and their coach for three years, besides asking them to return the money spent on them. Read More

11. KFC partners with IRCTC to start delivery system for passengers

The fast food chain has tied up with the IRCTC to start a delivery system for passengers. From 20 July onwards, a person travelling on train can order KFC meal, while booking ticket through IRCTC, under e-catering service initiatives, KFC said in a statement. Read More

Tom Moore, the cartoonist who brought to life the escapades of Riverdale residents in Archie comics has passed away. He was 86. Read More

President Pranab Mukherjee has appointed 2 members of Anglo-Indian Community to Lok Sabha as per the provisions of Article 331 of Indian Constitution. Read More 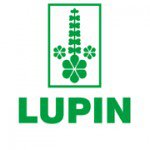 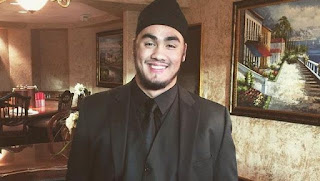 20 year old Indian-American Amitoj Chhabra has won the Junior Title at the US Powerlifting Association National Championships 2015.
ii. He won this title after he lifted a total of 1,383 pounds in the junior title Championship which was held at the Golden Nugget Casino in Las Vegas.
iii. He is son of a Punjabi father and a Nepali mother. He had started powerlifting in 2013 and began competing at various championships in May 2014. Presently, he is undergoing Adam Lauritzen of Silverback Strength and Conditioning in Reno. Read More