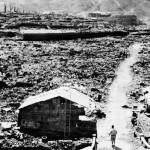 70th anniversary of dropping of disastrous Atomic bomb on Nagasaki city of Japan was observed across the world. A solemn ceremony including ageing survivors, relatives of victims observed and guests from 75 countries was held on the ground zero by marking a minute’s silence at 11:02 am local time at which the devastating explosion took place on August 9, 1945. Key facts The atomic bomb (powerful plutonium bomb) dubbed as ‘Fat Man’ was dropped from a US Boeing B-29 Superfortress bomber named the Enola Gay on Nagasaki. Read More 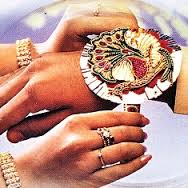 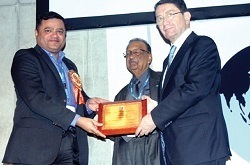 bestowed with this award in the Best Tourism Minister category. With this he became first Goan tourism minister to win this prestigious award. About Pacific Area Travel Writers Association (PATWA) PATA is a professional organisation of travel writers. It was founded in 1998 in Colombo, Sri Lanka. It is an affiliate of United Nations (UN) and World Tourism Organization (WTO). It adheres to the fundamental principles UNESCO, UN and UNWTO.

Eminent Kannada poet and freedom fighter Kayyara Kinhanna Rai passed away at Badiyadkka in Kasaragod district of Kerala. He was 101. He was an author, poet, journalist and Indian independence activist. About Kayyar Kinhanna Rai He was born on 8 June 1915 in Kasaragod in then Madras Presidency of British India. He had started his career as a secondary school teacher and later delved into journalism and contributed his writings to various newspapers. Some of his famous poems are Aikyagana, Shreemukha, Chethana, Punarnava and Koraga. Read More

5. Central Board of Direct Taxes (CBDT) notifies changes in I-T rules to comply with FATCA pact

The Central Board of Direct Taxes (CBDT) has amended income tax rules to provide reporting of information with regards to financial assets and accounts to comply with Foreign Account Tax Compliance Act (FATCA) pact signed between India and US in 9 July 2015. As per notification: The financial Institutions should maintained information of the each individual in Financial Institutions like – Name, Address, date and place of birth, TIN number of each reportable person. Read More

As per recently released data by US Department of Agriculture (DoA), India has emerged as world’s largest exporter of beef. India has retained its top spot as the world’s largest exporter of beef. It should be noted that in this data of US-DoA has even considered buffalo meat as beef. Key facts India tops in export of beef and it is followed by Brazil and Australia at second and third spot respectively. According to the data, India exported 2.4 million tonnes of veal and beef in FY-2015, while Brazil exported 2 million tonnes and Australia exported 1.5 million tonnes. Read More

8. DFCC to commission its first 56 km stretch in Bihar

The much-awaited ambitious Dedicated Freight Corridor (DFC) project of government has announced to commission its first 56-kilometer stretch in Bihar. Out of total 3,300 km stretch the 56 kilometer developed between Durgawati and Sasaram will be commissioned by the end of March 2016. The rest of the stretches are expected be commissioned between 2017 and 2019 in phased manner and the entire corridor is expected to be fully operational by 2020. Read More

Mutual Fund sector witnessed fifth exit of foreign fund house in two years from India on 7 August, as Pramerica Mutual Fund (MF) a company affiliated to US based Prudential Financial Inc. buys out German Deutsche Bank Group’s MF business in India for 400 crore rupees. Deutsche MF with 20,720 crore rupees assets under management (AUM) is the second largest foreign fund house in India after Franklin Templeton, Whereas Pramerica MF has 2,125 crore rupees AMU and after acquisition it will rise to 23,000 crore rupees making it among the top 15 Assets Management Companies in India. Read More

India has decided to boycott the 61st Commonwealth Parliamentary Conference (CPC) which is scheduled to be held in Islamabad in September 2015. India took this extreme step in order to protest Pakistan’s (CPC 2015 host) unilateral decision of not inviting Jammu and Kashmir (J&K) Assembly speaker Kavinder Gupta. This decision was unanimously taken at a meeting of Speakers of all States and was announced by Lok Sabha Speaker Sumitra Mahajan. Read More

An annual festival of Tendong Lho Rum Faat of the ethnic Lepcha tribe of Sikkim was celebrated with traditional devotion and fanfare across the state. About Tendong Lho Rum Faat festival It is one of the oldest festivals of the Lepchas, celebrated annually in the month of August in Sikkim. It is three day festival and on the first day, the tribe worship the Mount Tendong which is located in South Sikkim by offering of prayers. Read More

12. Maharashtra government has signed a Memorandum of Understanding (MoU) with the Tiawan-based Foxconn to set up its manufacturing facility in the state.

The MoU was signed in presence of Chief Minister Devendra Fadnavis and Foxconn Chairman Terry Gou in Mumbai, Maharashtra. As per MoU Foxconn will invest 5 billion US dollars over the next five years in Maharashtra. State will provide the company 1500 acres of land for setting up its plant in the state. Foxconn’s facility in Maharashtra will focus on research and development (R&D) as well as manufacturing. It will create direct employment of 50,000 people in the state. Read More

President Pranab Mukherjee has appointed Acharya Dev Vrat and Ram Nath Kovind as the governors of Himachal Pradesh and Bihar respectively. Their appointments will take into effect from the dates they assume charge of their respective offices Governor of Bihar Mr. Kovind will succeed Keshri Nath Tripathi (Governor of West Bengal) who was holding additional charge of Bihar. He had been a two-time Rajya Sabha member between 1994-2000 and 2000-06. He hails from Kanpur, Uttar Pradesh and is a lawyer by profession. He was a senior BJP leader and had severed as chief of BJP Scheduled Caste Morcha. Read More

Union Government has decided to allow Aadhaar enrollment of Persons of Indian Origin (PIOs), Overseas Citizen of India (OCIs) and Non-Resident Indians (NRIs). It was announced by Union Planning Minister Rao Inderjit Singh in written reply to Lok Sabha. This move will help all persons on the Indian soil (including resident Indian, OCI/PIO, NRIs and visa holding visitors) to authenticate their identity digitally. In this regard Unique Identification Authority of India (UIDAI) is working on the policy for Aadhaar enrolment of NRIs, PIOs and OICs as per directions from the government. However, no time frame has been formulated at this stage for achieving the goal. Presently, UIDAI is providing Aadhaar number all residents including Indian national and foreigners with valid visas who are enrolling for it. Read More

15. Accenture appoints Rekha Menon as Chairperson of its India operations

Global software giant and consultancy Accenture has appointed Rekha Menon as the new chairperson for its India operations. She will succeed Avinash Vashistha who had resigned earlier in July 2015. With this appointment, Menon became Accenture’s first woman head in India. As chairperson, she will play an active role in the growing company’s business and strengthen its presence in communities across India. Presently, Menon is the head of human resources (HR) for growth markets in the company and leading company’s HR strategy for Asia Pacific, Africa, Middle East, Turkey, Russia and Latin America. Read More