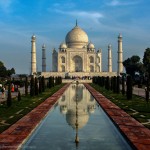 India’s historic Mughal mausoleum Taj Mahal has been ranked fifth position in the prestigious list of most attractive travel hotspot in the world. It was revealed in the recently released Ultimate Travelist of Lonely Planet which has described the monument as a magnificent Mughal masterpiece. Top Four travel hotspot in the world The Temples of Angkor: It was placed at first position in the list. These temples are UNESCO World Heritage site located in northern Cambodia. It has more than 1,000 temples, shrines and tombs which attracts more than 2 million tourists annually. The Great Barrier Reef: A UNESCO World Heritage located in Australia is placed at number two position. Read More 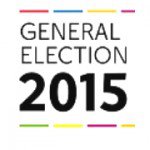 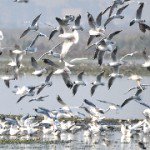 Union Government has completed the demarcation of eco-sensitive zone (ESZ) around the Okhla Bird Sanctuary in the national capital region (NCR) of Delhi. It was announced by Union Environment Minister Prakash Javadekar mentioning that notification in this regard will be issued soon. Earlier, National Green Tribunal (NGT) had passed an order barring any infrastructure development within 10 kilometre radius from the sanctuary’s boundary. This order did not allow the people to get occupancy certificates who had booked flats in this protected area. In order solve this problem NGT had directed the Union Ministry of Environment to issue the final notification on ESZ demarcation around the sanctuary. Read More

Bombay Stock Exchange has instituted new system Suspicious Transaction Reports (STRs) for reporting suspicious trades in order to check money laundering through stock markets. The national stock exchange has asked its members to report details of the STRs submitted to the government’s Financial Intelligence Unit (FIU) on a monthly basis. As per new rules Trading members are required to submit the data through a specific FIU-STR module on the BSE Electronic Filing System (EFS), an online gateway along with Cash Transaction reports (CTRs). Read More

TPP Nair, Romeo James and SP Misra have been recommended for prestigious Dhyan Chand award 2015. Their names were shortlisted out of 60 applicants by the award selection committee headed by former Indian hockey captain Zafar Iqbal. TPP Nair is former volleyball captain of Indian team. SP Misra is former Davis Cup captain and is the incumbent chairman of the All India Tennis Association selection committee (AITASC). Romeo James is current goalkeeper of Indian Hockey team. About Dhyan Chand Award Dhyan Chand Award is India’s highest award for lifetime achievement in sports and games. It is given by the Union Ministry of Youth Affairs and Sports. Read More

Tata Trust to develop 264 villages in Vijayawada Lok Sabha constituency of Andhra Pradesh under Sansad Adarsh Gram Yojana(SAGY) initiative. This is fruit of the labor of existing MP of Vijayawada Srinivas Kesineni, who had approached Ratan Tata, chairman emeritus of Tata Sons seeking his collaboration to develop model villages in his constituency under SAGY initiative. This initiative by the Tata Trusts is first of its kind where a Trust had planned to bring about grass-root level changes and to develop model village under SAGY initiative. Specifications: Tata Trusts has come forward with an objective to build self sustainable and self driven villages with a focus on the well-being and happiness of the poor in 264 villages. Read More

India’s largest private sector lender ICICI Bank has launched ‘Smart Vault’ first of its kind fully automated digital locker facility in India. It was launched by Managing Director (MD) and CEO of ICICI Bank, Chanda Kochhar in New Delhi. Key features of Smart Vault’ The locker is equipped with multi-layer security system, including PIN, biometric and debit cards authentication. This system has been designed in lines with Make In India programme as it has been manufactured and designed by Indian partners of ICICI Bank. Customers can access the vault without any intervention by the branch staff and the facility will be available to customers even on weekends and post banking hours. Read More

India’s largest banking entity State Bank of India (SBI) launched a Mobile wallet application dubbed as ‘SBI Buddy’. It was launched by Union Finance Minister Arun Jaitley at a function held at State Bank Bhavan, Nariman Point in Mumbai. SBI’s first female Chairperson Arundhati Bhattacharya was also present on the occasion. Key features of SBI Buddy Aims at providing convenient and secure digital payment system to its customers. It was launched in collaboration with Accenture and Mastercard. The application is available in 13 languages with several features including bill payment, all types of ticket bookings for movies, flights, payment and cash transfer among others. Read More

10. IDBI appointed Kishor Piraji Kharat as its MD and CEO

Industrial Development Bank of India (IDBI) has appointed Kishor Piraji Kharat as its new Managing Director & Chief Executive Officer. Kishor Kharat is a graduate in commerce and law who is also a certified associate of the Indian Institute of Bankers. He had earlier assumed post of executive director of Union Bank of India and before that he had served Bank of Baroda for three decades. He has wide exposure across various verticals of banking, international business, including credit, information technology and general administration in India as well as overseas. Read More

On 17 August the Finance Ministry has imposed definitive anti-dumping duty on ‘flax’ or ‘linen’ fabric imports from China and Hong Kong for period of five years. Accordingly the revenue department has imposed anti-dumping duty of 0.75 US dollars per metre on ‘flax’ fabric imported from China and 0.65 UD dollars per meter fabric imported from Hong Kong. The duty was recommended by Directorate General of Anti-Dumping Duty (DGAD) followed by petition filed by Jaya Shree Textiles, a unit of Aditya Birla Nuvo Ltd. It should be noted here that the anti-dumping duty is applicable only on those flax fabrics with flax content of over 50 per cent. Read More

On 17 August the Reserve Bank of India (RBI) suspends licence of seven non-banking finance companies (NBFCs). The seven NBFCs whose licences were suspended are – Religare Finance, Artisans Micro Finance, Eden Trade & Commerce, RCS Parivar Finance, Nott Investments, Dewra Stocks & Securities, Swetasree Finance. Being a dormant entity, Religare Finance licence was suspended by RBI as it did not conducted lending operation for long period of time. RBI role in issuing licence to NBFCs: A Non-Banking Financial Company (NBFC) is a company registered under the Companies Act, 1956, whose principal business is lending, investments and receiving deposits. At present there are around 12,000 NBFCs in India. Read More