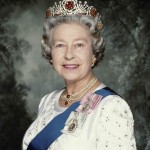 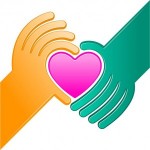 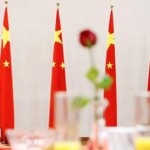 China successfully tested the power system (engines) of its stated to be the largest space launch vehicle viz. Long March-5 carrier. In the test engines of the rocket were successfully fired on the ground. This power system will be used in China’s ambitious Chang’e-5 lunar mission of 2017. Key facts Long March-5 has the carrying capacity twice of the payload compared to other present carriers of China. It has payload capacity of 25 tonnes to low Earth orbits and 14 tonnes to geostationary transfer orbit. Thus, greatly increasing China’s ability to enter space with higher payload. Read More

Maharashtra government has roped Cricket legend Sachin Tendulkar as its new ambassador for the Tiger Conservation Project. His association will help state government to raise awareness about saving the tigers in the state. In this regard Mr. Tendulkar has accepted an offer which was forwarded by state Forest Minister Sudhir Mungantiwar on July 29, 2015 on the eve of World Tiger Day. State government had forwarded this proposal to Mr. Tendulkar after Tiger Protection Foundation approved a proposal of his appointment along with superstar Amitabh Bachchan as ambassador to promote the Save Tiger campaign in July 2015. Read More

As per the fourth advance estimate released by Agriculture Ministry on 17 August, the estimated foodgrain production have declined by 4.66 per cent to 252.68 million tonnes (MT) in 2014-15 crop year due to poor monsoon and unseasonal rains. The estimate includes Wheat, rice, coarse cereals and pulses in the foodgrain basket. Key Facts for Foodgrain Production 2014-15: The estimated foodgrain production for 2014-15 has lower by 12.36 MT to 252.68 MT  as against record production of 265.04 MT achieved in 2013-14. Read More

The Odisha government has set up a special entity State level Facilitation Cell (SLFC) to fast track approvals through hassle free Single Window Clearance for investment projects. To speed up the investment proposals SLFC has categorised companies in two broad categories — green and non-green. The companies under Green category are largely comprises of agri-based industries, cottage industries, food-processing, textiles, chemicals, building materials, and consumer goods. For the Green category projects SLFC will provide clearances within 15 days whereas, all other industrial projects placed under the non-green category would receive approvals within 30 days. Read More

7. After 25 Years, Kerala Ink MoU with Adani for development of Vizhinjam Port

Former Cabinet secretary Ajit Kumar Seth has been appointed as the Chairman of the government’s head-hunter, Public Enterprises Selection Board (PESB) on 14 August 2015. As per the order issued by Department of Personnel and Training (DoPT) Ajit Kumar will head PESB by replacing Atul Chaturvedi for period of three years or till he attains 65 years of age. He is an IAS officer of Uttar Pradesh cadre of 1974-batch, whose extended tenure of four years as the Cabinet secretariat had ended on 13 June 2015. Two other IAS officers Gauri Kumar and Anshuman Das the former CMD of NALCO, have been appointed as members in PESB. Read More

HDFC has announced to sell its 9 per cent stake in HDFC Life Insurance to its British joint venture partner Standard Life for sum of 1,700 crore rupees. Prior this agreement HDFC had 70.65 per cent stake while Standard life had 26 per cent stakes which will be change to 61.65 per cent and 35 per cent respectively. This move was taken in line to increase the role of its foreign partner which followed the Centres approval to hike FDI to 49 per cent from 26 per cent in Insurance sector. As per the agreement HDFC will issue 17.5 crore shares at the rate of Rs. 95 per share to Standard life. Note: HDFC life in a Joint venture between HDFC and Standard life launched in 2000 and is the first private life insurer to be granted a licence to operate in India. Read More