1. IRDAI allows Banks to tie up with insurers 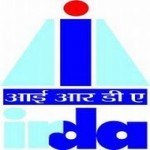 The Insurance Regulatory and Development Authority of India (IRDAI) has allowed banks to tie up with insurers. This decision was taken as part of the IRDAI’s new Bancassurance model guidelines which will be notified soon. Prior to this decision, banks were not allowed to have insurance agency tie-ups with more   than one insurer. As per new decision banks can tie up with nine insurers from three segments viz. life, non–life and standalone health. It will not be binding on banks and they are free to take their call. Earlier, IRDAI had constituted a 7 member committee to study the reviewing of the existing architecture of the Banacassurance model. Read More 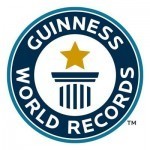 Union Government’s ambitious Pratyaksha Hastaantarit Laabh (PAHAL) scheme has been acknowledged as the world’s largest cash transfer program (households) by the Guinness Book of World Records. Pratyaksha Hastaantarit Laabh (PAHAL) scheme The scheme was formally launched as Direct Benefit Transfer Scheme for LPG subsidy in 2013 in 291 districts under the aegis of Union Ministry of Petroleum and Natural Gas. It was modified and christened as PaHal in November 2014 and was launched in 54 districts. Later it was extended nationwide on 1 January 2015. Under the scheme, subsidized liquefied petroleum gas (LPG) cylinders are sold at market rates and consumers are entitled to receive LPG subsidy directly into their bank accounts. Read More

3. The founder of Hero Cycle Om Prakash Munjal passes away 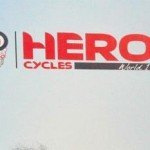 The founder of Hero Cycle and a leading industrialist Om Prakash Munjal breathed his last in the DMC Hero Heart Centre, Ludhiana on 13 August. He was 87. On Prakash was born on 26 August 1928 in Kamalia, Punjab (then British India). He moved with his family to Amritsar in 1944 to start a bicycle spare parts business with his three brothers. The complete manufacturing of bicycle was started in 1956 under brand name Hero. This unit became the first bicycle manufacturing unit in India which produced 639 bicycles in that first year. Today the Hero Cycles Limited is the world’s largest integrated bicycle manufacturing company that manufacture 7.5 million cycles per year. Read More

The Cabinet Committee on Economic Affairs (CCEA) has approved the 300 crore rupees package to save standing kharif agricultural and horticultural crops from weak monsoon. Decision in this regard was taken at the CCEA meeting chaired by Prime Minister Narendra Modi, in New Delhi. This relief package will help farmers to be better equipped to deal with challenges posed by delayed and aberrant monsoon. It will also support the state governments to initiate immediate remedial measures to save standing agricultural crops and perennial orchards in rainfall deficient districts. Read More

President Pranab Mukherjee has conferred prestigious literary award Saraswati Sammaan for the year 2014 to Dr. Marpadi Veerappa Moily in New Delhi. He was bestowed with this award for his Kannada poem ‘Ramayana Mahanveshanam’ which was first published in 2007. The poem explores the ‘Ramarajya’ or the true principle of the ‘ideal State’ from a secular and modern point of view. It has been translated into English, Hindi, Telugu and Tamil. With this Dr. Moily became second Kannada writer to receive this prestigious award after S. L. Bhyrappa (2010). Read More

India and Slovak Republic have signed a Memorandum of Understanding (MoU) on technical cooperation in railway sector. The MoU was signed between Union Ministry of Railways and the Ministry of Transport, Construction and Regional Development of the Slovak Republic. It was signed in New Delhi by Ganga Ram Agarwal, Secretary, Railway Board and Ambassador of Slovak Republic to India Zigmund Bertok. In the MoU potential cooperation areas mentioned are: Infrastructure building, station development and management and workshop modernisation. Information & communication technologies (ICT) especially for passenger amenities. Read More

President Pranab Mukherjee has appointed former IAS officer Om Prakash Rawat as an Election Commissioner (EC) in the Election Commission of India (ECI). He will have tenure of more than three years which will end in December, 2018 i.e. till he attains the age of 65 years. About Om Prakash Rawat Rawat was born on 2 December 1953 and is a 1977 batch IAS officer from Madhya Pradesh cadre. During his long bureaucratic career, he had served at various important portfolios at Centre and state level. In 19993, he had served as a Director in the Defence Ministry. He has also served as Principal Secretary to then Chief Minister of Madhya Pradesh to Babu Lal Gaur from 2004 and 2006. Read More

Central Government has revised the National Solar Mission target of Grid Connected Solar Power projects from 20,000 MW by 2022 to1,00,000 MW by 2022. Centre has envisaged to achieve the 1,00,000 MW target by setting up Distributed Rooftop Solar Projects and Medium & Large Scale Solar Projects. The Ministry of New & Renewable Energy has further set two categories under which the target will be achieved. Under category-I: the Ministry has targeted to harvest 40,000 MW solar energy by setting Rooftop Solar panels. Read More

The Cabinet Committee on Economic Affairs (CCEA) has approved Rs.1750 crore for strengthening the drug regulatory system both at the Central and the State. The sanctioned amount will be spent for strengthening and up-gradation of the drug regulatory system over a period of three years. The total amount of Rs 1750 crore will be divided into two parts, an amount of Rs.900 crore will be spent on strengthening central structures whereas Rs.850 crore will be made available to the State Governments. Strengthening and up-gradation includes: Provision of additional equipment and manpower in existing drug testing laboratories Setting up of new laboratories for testing drugs, medical devices and cosmetics Read More

The Ministry for New and Renewable Energy sanctioned a 1,500-MW ultra mega solar power park for Andhra Pradesh. The 1,500 MW ultra mega solar park will be developed in Kadapa district by NTPC, which will the third mega park of over 1,000 MW to be taken up by the state. Earlier two mega parks of 1,000 MW each were executed by NTPC at Anantapur and Kurnool districts, respectively. Part from the above projects the state utility Andhra Pradesh Genco has approved a move to set up a 500 MW (250×2) solar park in Anantapur. Read More

The Union Cabinet gave its ex-post-facto approval for the Memorandum of Understanding (MoU) between American and India to establish the PACEsetter Fund. The PACEsetter Fund is a fund that supports the Promoting Energy Access through Clean Energy (PEACE) an initiative between US and India through Partnership to Advance Clean Energy (PACE). Accordingly both the countries has raised corpus of about 8 million US dollars (Rs. 50 crore) on a 50:50 sharing basis. About PACE: PACE is a flagship initiative initiated between the U.S. and India in 2009, to work jointly on energy security and clean energy, which primly focuses on accelerating the transition to high-performing, low emissions, and energy-secure economies. Read More

In order to infuse liquidity into the sugar industry and facilitate clearing of cane dues arrears government approved a soft loan scheme worth Rs. 6000 crore for the current sugar season. Soft loan Scheme: As per this scheme the Banks has to pass on the financial assistance directly to the listed cane growers. The scheme extends only to those sugar industries which have cleared at least 50 percent of their outstanding arrears. The moratorium for this soft loan has been provided for one year, whereas the government will bear the interest subvention cost to the extent of Rs. 600 crore for that one year. Read More