Video sharing portal YouTube has announced to set up a new “YouTube Space” in Mumbai with Asia’s largest and most renowned film schools the Whistling Woods International (WWI). The ‘YouTube Space’ at WWI will provide production facility for YouTube video creators as well as the students of WWI where they can learn video production. Read More 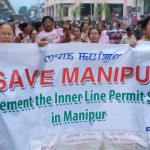 Permit System (JCILPS) over the issue of implementation of Inner Line Permit (ILP) system. It was reached after a marathon talk between the state government and the delegation of JCILPS led by its Convenor in-Charge Khomdram Ratan. This agreement seeks to safeguard the rights of indigenous people of Manipur insertion of five major points in the proposed Draft Bill in this regard.Read More

Pakistan and Russia have signed a landmark defence deal including the sale of 4 advance Mi-35 ‘Hind E’ combat helicopters to Pakistan. The agreement was signed by top defence officials from both countries in Rawalpindi as per negotiations for the deal which had taken place in 2014. Read More

4. Government Issues Norms for Selection of CEOs and MDs of Smaller PSU Banks

Scientists from United States have discovered a way to take carbon dioxide (CO2) from the air and convert it into valuable manufacturing material carbon nanofibres (CNFs). This method was discovered team of researchers led by Prof Stuart Licht of Washington DC based George Washington University. In this regard, they have developed a practical system. Read More

Cochin International Airport Ltd (CIAL) of Kerala has become the first airport in the world to fully operate on solar power. It achieved this feat after Kerala Chief Minister Oommen Chand officially commissioned the 12 MWp solar power plant near the cargo complex of airport. Read More

Bangladesh has become the first country in the world to receive funds from United Nations for its fast growing Solar Home Systems. In this regard, UN Framework Convention for Climate Change (UNFCCC) has issued carbon credits (CC) worth 3.56 million US dollars to two Bangladeshi organisations. Read More

Himachal Pradesh Government has launched Rajiv Gandhi Illuminating Scheme for Hill Town Advancement (RISHTA) project, which is an efficient smart LED based street lighting project. With this Himachal Pradesh becomes first state in North India to do so. It was launched by State Chief Minister Virbhadra Singh from the capital city of Shimla.

9. Payments banks: With India Post getting RBI nod, India’s biggest bank for poor is in the making

The Reserve Bank of India (RBI) has chosen just 11 out of 41 applicants to set up payments banks in the country. Payments banks are institutions that will offer most of the banking services except loans and credit card products to retail customers. Customers can deposit money up to Rs 1 lakh in these banks, transfer money, make payments and buy financial products such as insurance and mutual funds. Read More

On 20 August 2015, Government launched a web-based portal www.vidyalakshmi.co.in for the students seeking educational loans. In order to ensure that no student misses out on higher education due to lack of funds, finance minister in the Union Budget for 2015-16 had proposed to set a fully IT-based Student Financial Aid Authority.
Read More